Video games based on geolocation are not a novelty precisely. With the arrival of Pokemon GO a couple of years ago a subgenre was revitalized that, although it seemed predestined to be one of the most prolific, it has not had many remarkable replicas. Even so, and although both Niantic titles are still the benchmarks, we have a new wave of titles ahead that seem to pick up the baton of a formula thanks to the recent public opening of the Google Maps API. 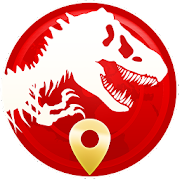 The last film delivery of the saga has been the excuse for Ludia to take this title with an official license. In this case, the excuse is to hunt dinosaurs to later create stronger versions of them in the laboratory with the intention of confronting them with those of other players. It is difficult to repeat the Jurassic-mania of the early 90s because as the previous installment of the recent revival states, children are no longer impressed with these creatures. Even so, tell your son that with his smartphone he can hunt virtual dinosaurs. He goes crazy.

The Walking Dead: Our World 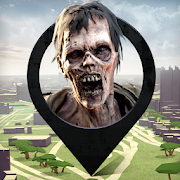 Expected for many months, we finally have the international version of the game for Android. It is developed by Next Games, the studio that is in charge of exploiting the license of the TV series in Android, and luckily, it can be very interesting even for those who do not agree with the adventures of Rick, Daryl, and company. Although it does not have the advantage of the enormous database of points of interest collected by Ingress, the game uses its cards well thanks to a fun combat system and a great emphasis on the cooperative component.