Games Workshop has created a play emporium in 40 years that goes far beyond the board wargames. Their deep worlds – Fantasy, 40K or iconic specialist games like Mordheim or Blood Bowl – have given rise to countless table games, novels, comics and, of course, video games. Although it is difficult to cover all the existing production, we will try to collect all the free-to-play video games for Android based on the different branches of the Warhammer universe. Id placing the minis in your deployment area.

The setting by antonomasia. Although the company began its journey in 1975, it was not until 1983 when the first official version of Warhammer Fantasy Battles was launched with miniatures and its own background, where huge armies fight for Old World dominance. His picturesque epic fantasy, much more permissive than other settings, makes vampires, elves, goblins mounted on scrawl and Lovecraftian deities of chaos coexist in the same universe.

Today, this setting lives complicated times after having discarded many of the distinctive signs that have accompanied the brand in recent years: The latest edition of Warhammer Fantasy, subtitled as Age of Sigmar, gives prominence to new troops and settings that are loved and hated equally by the fans. Not everyone tolerates that of seeing orcs with full armor and ostentatious medieval space marines bathed in gold in a far more classical environment. In this new starting point, most contemporary video games are set.

Here they have gone to the easy throwing by the paths of Clash Royale. That is fast online matches of no more than 5 minutes where we must finish with the enemy general or his main building. For this, we will deploy units from a deck of cards with a specific cost and cooldown. Simple, fast and easy to enter for others.

AoS: Champions is the digital version of Age of Sigmar Trading Card Game. The interesting thing is that the physical version of the game is directly integrated with its digital namesake so that each ‘real’ card that we get can be redeemed by means of a code in the virtual game. Regarding the mechanics, the most original is the fact that the cards have different effects over time as we give them turns of 90 degrees. 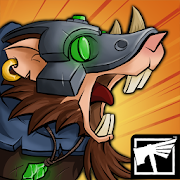 The wheel of the death of the Skaven is such a particular vehicle that in itself can star in a video game. We are before a runner in which we will have to tamp down all the enemies that come before us. As we overcome levels we can improve the different odds and ends of our DoomWheel. A small break before such cumbersome mechanics.

Games Workshop launched the first 40k edition in 1987, four years after Fantasy and was strongly inspired by it to adapt more to the futuristic aesthetics of the 41st millennium. Attempts were made to adapt the classical armies to this new standard, the image of the Space Marine is the reference figure known to all.

Although over the years both settings have been increasingly resembling each other, 40k (known in the beginning as Rogue Trader) was more focused on the role. Those roots were picked up over the years thanks to The Horus Heresy, a separate chapter within its setting that can almost be considered an independent entity as evidenced by the many games that focus on it.

Space wolves are one of the most charismatic chapters of space marines in the 40k universe, which was not very complicated either. In this case, the mechanics advocate the development of a tactical board game rather than a traditional wargame. We will move our troops through scenarios distributed in a grid, having a limited number of actions per turn. To perform, we will have a deck of cards with various effects associated with our characters, which also improve their skills as they overcome missions. So yes.

The Imperial Knights are the new mechanical monsters of the Warhammer universe halfway between the Titans and the iconic Dreadnought. This action game has them as protagonists, turning the missions into skirmishes on rails where we will have to aim at our targets to crush them with an excessive power of fire.

The Horus Heresy is a historical period within the chronology of Warhammer 40k with its own personality. In this case, and unlike AoS: Champions, the game system is much more familiar to fans of TCGs, a bastard son of Magic The Gathering and Hearthstone with baroque imperial mercenaries as protagonists.

If the mentioned Realm War resorts to the canons of Clash Royale, Drop Assault does the same with Clash of Clans. After choosing as a side allied to the Emperor or the Horus insurgents, we will have to create and fortify our bases of operations, attack those of the rivals and defend ourselves when others besiege us. The usual but with Adeptus Mechanicus and jet bikes.

Given the enormous possibilities of the two great worlds created by Games Workshop, it was decided to create a new line of totally independent products that would broaden the scope of your business. There were born wonders such as Necromunda, Mordheim or Blood Bowl, in addition to titles that continue today as Warhammer War, Quest, Talisman or Space Hulk

We all yearn for Mordheim, one of the most revalued specialist games with the greatest personality embedded within the Fantasy variant. The skirmishes of bands in the city of the condemned are the ideal substrate to bring their rules practically raw to their digital namesake. Warband does it with a certain ease, keeping intact the aesthetics of the original miniatures and proposing difficult battles in turns in which the permanent death will be a constant. It’s what the Witch Stone has. 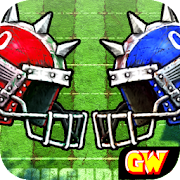 We do not know what a fool he thought of mixing Warhammer Fantasy with Rugby and American Football (well, yes, Jervis Johnson ), but the truth is that he was right in full as demonstrated by more than 30 years of continuity and reissues. This adaptation is developed by Cyanide, who already took the brand to PC a couple of times with a lot of tact. In this miniature version, we will participate in skirmishes in turns of 5vs5 where the positioning of the units is the key to score. Well, that, and unconscious as many opposites as possible.