The actions of the game unfold in an unknown world, which gradually began to plunge into darkness, and monsters that appeared from the portal began to kill innocent residents of nearby villages. Battle Souls for PC – pixel shooter-RPG with fascinating battles and dozens of unique characters for which we have to play. Not long thinking brave heroes dare to stop the darkness, taking into their own hand’s sharp axes and swords. You must help them in a difficult business, destroying enemies and gradually pumping out the characteristics of allied creatures.

It is inevitable to be inspired by well-made games. Battle Souls of Spanish TaleSoft Studio does not hide his inspiration from the brilliant Darkest Dungeon mechanical level, just as the aesthetics of dark fantasy that is showing its main reference the Dark Souls saga. In fact, there is more to see Tap Souls, his previous title for Android, to check the enormous devotion to the work of From Software.

Battle Souls is a turn-based tactical RPG with adorable and pixelated 2D graphics , a definition that can be as flexible as the genre itself. The similarities with Darkest Dungeon are enormous to the point that the development of the matches is practically the same. We will have a team of up to four members, each with their own combat skills. Paused confrontations allow us to choose skill and objectives calmly, but we must take into account both the effect of the attack itself and the objectives to which it will affect them. Familiar, right.

The dungeons also use a similar structure, only that their representation is more simplistic than in the game of A Red Hook Studios. We will advance through small interconnected boards until the final boss, and in each space, there may be a fight as well as any other type of encounter or special event, be it a trap or find a treasure. Each of these missions can be fulfilled with three different levels of difficulty, varying the reward according to its complexity.

Following with the references, the main hub inevitably reminds the Shrine of the fire link of the Souls (mysterious lady with mystical powers included), being able to choose mission, improve our characters or hire new mercenaries. And that’s where the key to the matter comes in. To increase the skills of the characters we will need gold obtainable after overcoming scenarios, while the gems will allow us to invoke new warriors to replace the fallen ones. Both resources can be obtained by playing or going through the box in the in-game store. It will depend on our lustful desire if it is worthwhile making the disbursement. Even so, some advertising splashes the application in the form of a splash with limited time, but in no case is it annoying and is very well measured.

Battle Souls for PC is an interesting game that is openly inspired by one of the best tactical RPGs of recent years. TaleSoft says they are still working on the game, so the two initial worlds will be adding new environments. It is true that at the level of scenarios and develop the proposal is somewhat short, but given its structure, it seems easy to scale when adding content. In the case of a national product, we encourage you, even more, to continue doing so

To play Download Battle Souls on PC you need to download the game on your computer. Maybe through an APK, and an emulator.

Recommended: Alive or Asleep for PC/Windows/Mac – An excellent clone of Slay the Spire

How to Download Battle Souls for PC on Windows an Mac 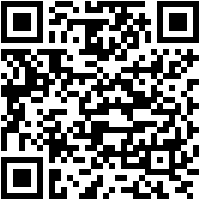 Step 4: Click the Search-bar and type Download Battle Souls. Since it is available globally, you’ll get the results.