Skip to content
HomeAndroidmusical.ly Says Goodbye to Us and is Now Part of Tik Tok

Users of the popular musical.ly have found a drastic change in its application: it has merged with Tik Tok and from now on the name of musical.ly will gradually disappear from our daily lives. Moreover, currently only appears as a wink in the current logo of the app. A fusion whose main objective is to seek a more unified user experience and create the most relevant short video platform on the globe.

Although we are many who have been surprised by this change, the truth is that it was possible to come some kind of change after the millionaire sale of musical.ly to Bytedance, the company that owns Tik Tok. A purchase that occurred in November of 2017 and in which it was stated that musical.ly would see its benefits improved even more.

But it seems that since Bytedance they have changed their minds and now they have preferred to reinforce the Tik Tok brand. The problem is that now there will be two applications with the same name: the old musical.ly that has a more global market and the Tik Tok of all the life that now will concentrate its efforts in Asia. We do not know if the users will be very happy with the change and more when now it will be easier for us to get confused between apps. That is why we now find the tagline “including a musical.ly” in the name of the new Tik Tok.

Users will not see their user experience disrupted since the accounts have already been transferred to the new app without any problem. What’s more, the app now has more features for your community to enjoy: responses to videos through reactions, masks to use on our Snapchat faces, green backgrounds to be used as chroma … Now, all this is not it removes that there are some users who have not seen with good eyes the change of brand of their favorite app, as they reflect from The Free Android. 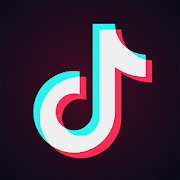 an app that has amassed tremendous success in its four years of life. Surely people will get used to the name change, but we will have to see how the story continues in subsequent weeks. And yes, in Uptodown you can download and install both the new Tik Tok and the old one, which we remember that has its market placed in Asia.