Finding the perfect video player on any platform has long ceased to be a problem. On the PC, users generally choose VLC or more classic MPC-HC. On Android, the ball is ruled by MX Player , the number of downloads of which on Google Play has already exceeded 500 million. However, recently people are increasingly looking for a replacement, and there are several reasons for this. Firstly, not so long ago the project was sold to the Indian media giant, and secondly, the program began to acquire unnecessary functions. A good alternative to MX Player can be a new media player called Nova.

In the middle of last year on Google Play appeared the application Archos Video Player, the developers of which eventually decided to publish the source code of the player. So there was a Nova Video Player – a free media player for smartphones, tablets, and devices on Android TV, based on Archos, but with some changes. 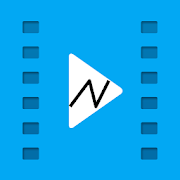 We can say that Nova Video Player is a modified Archos with fixes and improvements. Visually, both players look almost identical.