Two months ago it appeared in the App Store Textor, a very simple app that was limited to being a plain text editor. The interesting thing about it is that it was completely integrated into iOS files, it was like the plain text editor that was missing from iOS. This same idea is applied with Pretext, a new extremely simple app that in addition to opening and editing .txt files, also works with the Markdown format.

Markdown is one of the most used text languages, due especially to its ease of use since it allows you to format a text without having to raise your hands from the keyboard. It’s simple, whoever has never used Markdown seems silly, whoever has used it can not part with it. And luckily, in the App Store, we have endless apps to write in Markdown: iA Writer, Ulysses, Bear … But none as simple as Pretext.

A Simple Text Editor that Could be Part of Files

The pretext is a new app developed by Sam Oakley, the developer of Pinner (another app that is worth its price in gold). The app is available for both iPhone and iPad and once you install it, it seems that you open iOS 11 files. The view that shows us are the different files and folders that we have in iCloud, on the device and in the associated accounts.

You can create a new file or open an existing file, in the second case it should be in .md or .txt format. The options offered at the time of writing are limited to a keyboard to write and the possibility of formatting the text also by selecting it, using the pop-up that appears in iOS when selecting text. Once the document is written or edited, we can preview it, save it or share it with other apps. There’s no more. 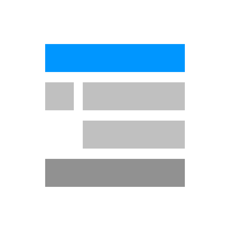 The pretext is a really interesting app, because of how simple it is and how it solves a lack of iOS that should have by default: edit plain text files and Markdown. The app can be downloaded for free from the App Store and only has an in-app purchase that will allow us to use the dark theme or change the icon of the app. All the features of the app are free, the only thing that adds in-app purchase is a dark mode.