The video game for mobile devices is sweet and the productions from the ever-popular manga/anime world are well up. We have already talked about a multitude of quality video games that are based on anime series, but new features always touch. This is the case of My Hero Accademia: Smash Tap, a fun title that is based on My Hero Accademia (Boku no Hero Accademia) and where we will live the adventures of Midoriya, All Might and the rest of the characters.

Yes, in perfect Japanese since the game has not yet been localized to Western languages, although you can download it from our website without geographical restriction problems.

After the disappearance of two of the works that for a long time formed the so-called Big Three of the manga (One Piece, Naruto, Bleach), Shōnen Jump magazine was eager to find works that could reach that level of popularity. Given that the brilliance of One Piece blinds most of its peers, it has been comforting to find the freshness of the forms of My Hero Accademia.

A series that does not hide his love for the American comic and that many already point as the successor of Naruto. A deserved fame and that has brought the appearance of a game like My Hero Accademia: Smash Tap.

More in News: Be Careful When Hiding Information In iOS Screenshot

The video game for mobile devices based on the work of Kōhei Horikoshi is the second work of this franchise that reaches the world of interactive entertainment. A title with very high production values that will remind us of other similar games like Bleach Brave Souls or One Piece Thousand Storm thanks to its chibi aesthetic characters and its control perfectly adapted to tactile devices.

We will move around the stage using a virtual stick and we will attack our enemies by clicking on the screen or choosing the usual special abilities of this type of games. 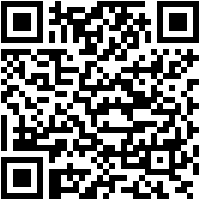 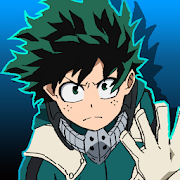 The development of My Hero Accademia: Smash Tap is also the traditional one: we will have a story mode where we will relive the moments of the manga and that will allow us to recruit characters that we can use in the rest of game modes, in addition to the beloved / hated gacha.

And yes, the team of characters is up to the circumstances: Deku, Bakugo, Todoroki, Iida, Uraraka, Tokoyami, Tsuyu, All Might … even the lead of Mineta.

My Hero Accademia: Smash Tap is an excellent game for mobile devices that fans cannot miss. While it is true that the language barrier can throw back many, the gameplay that distills is a universal language that we can all enjoy. Something similar to what happens with Attack on Titan – Dedicate Your Heart. And if you lose, you can always pull your subreddit.